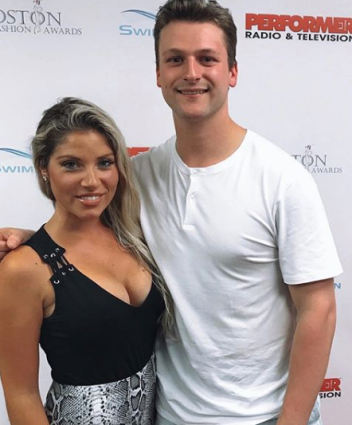 Graduating college and heading off to the real world is what most young graduates do, but not for New Hampshire native Chris Moquin. Instead, he packed his bags and set off to play for a professional ice hockey team: the Syndey Bears in Australia.

While Moquin may be young, the hockey star is already a highly decorated athlete. Having played in college at Southern NH and for the Junior Monarchs team, he knows a thing or two about playing at competitive level. He’s also won multiple championships in his early years of play.

Growing up close to his friends and family, Moquin enjoyed playing sports as a part of his everyday life- golf and hockey were his two favorite pastimes. In studio, he joked around that still to this day he embraces his childhood by “eating like a child”, and enjoys chicken fingers at one of his favorite spots in New Hampshire.

Off the ice, Moquin is also highly involved with charity work and giving back. “I have a lot of experience helping little kids get into hockey, or helping them develop if they’ve started already,” he says.  “I also spent about a year working with a non profit organization called Safe Sports, which is a walk-in clinic, and sports injury therapy/treatment program for kids and teenagers in Southern NH.” Talk about a busy schedule!

We are wicked excited for Chris’ next professional hockey team adventure! After winning the Goodall cup with the Sydney Bears, Moquin hopped on a plane (just 4 days after our in studio interview) and is now playing hockey in Amal Sweden. Wishing him all the best, he will be back in studio soon for an update.  For a burst of inspiration, catch his episode below!